In the kitchen lately

I've been getting back into the habit of really cooking lately - seems I decided to take a break from the joys of being in the kitchen getting my hands dirty for the past year or so and I missed it! Plus our health has missed it too and it was high time to get back to a routine of home cooking.

I don't have photos for many of these recipes (since I stopped blogging I've been taking less food photos). But click on the links and you can see what I'm talking about.

What I've been up to in the kitchen lately:

Waffles! Yes. I caved in and bought a cheap waffle maker. And ... Worth it. So fun to make waffles and surprisingly tastier than pancakes for someone like me who likes the crunchy bits. We've tried a few recipes but this one takes the cake.

I was a little concerned that the egg separation business would be too titchy and I was being lazy avoiding recipes like this for awhile but really it's not bad at all. A hand mixer does the job in a minute and the batter is therefore so light and fluffy - it's actually so delicious I was licking the spatula. So give these waffles a try!

I'm obsessed with this recipe. Again, I've also avoided stuffed shells because it was too many steps in my brain (par boil the shells, make the sauce, stuff, bake, ugh!) but again (surprise!) I was wrong. It didn't take very long at all to make because you can make the sauce and cook the shells at the same time and the filling takes about 2 min. Stuffing's not bad either and the final product is delicious. This sauce is so good- it has a healthy amount of red pepper flakes (of course if you don't like a kick you could cut them down) and olive oil- that I will be using it again for all sorts of things (eggs in purgatory is on the menu this week).

I have tried dozens of ccc recipes (see! too Lazy to write out chocolate chip cookies!) and I'm about ready to say this one is the best (unless you want to talk whole wheat chocolate chip cookies which are a different beast in which case THIS one is the best). Two things- all brown sugar and extra vanilla- are key, and if you aren't eating the dough straight, a long rest in the fridge is an excellent idea (though I recently made a giant skillet cookie with this dough and did not rest it at all. Still awesome). 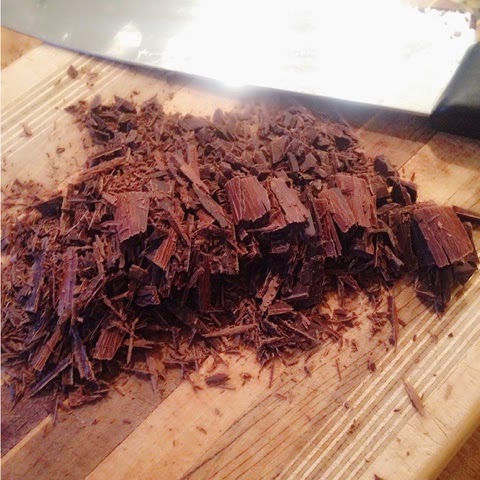 One last recommendation: do use dark chocolate and shave it thin. I used Trader Joe's pound plus block in dark (70%) and shaved thin (no chunks!) is perfect. But again- lazy! So do use what you have on hand. Here's the dough from the other day: 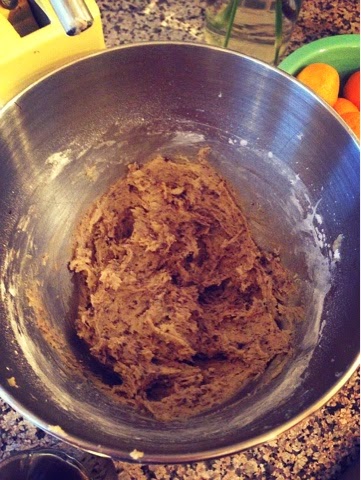 And that's that for now~ Happy cooking!
Posted by Jordan at 12:54 AM

Jordan
I'm a teacher, preservationist, and homemaker who loves most to be in the kitchen, out with friends, talking to my sister, playing games with my husband, lovin' on my kitties, looking at pretty things, working in my balcony garden and enjoying my fantastic city!